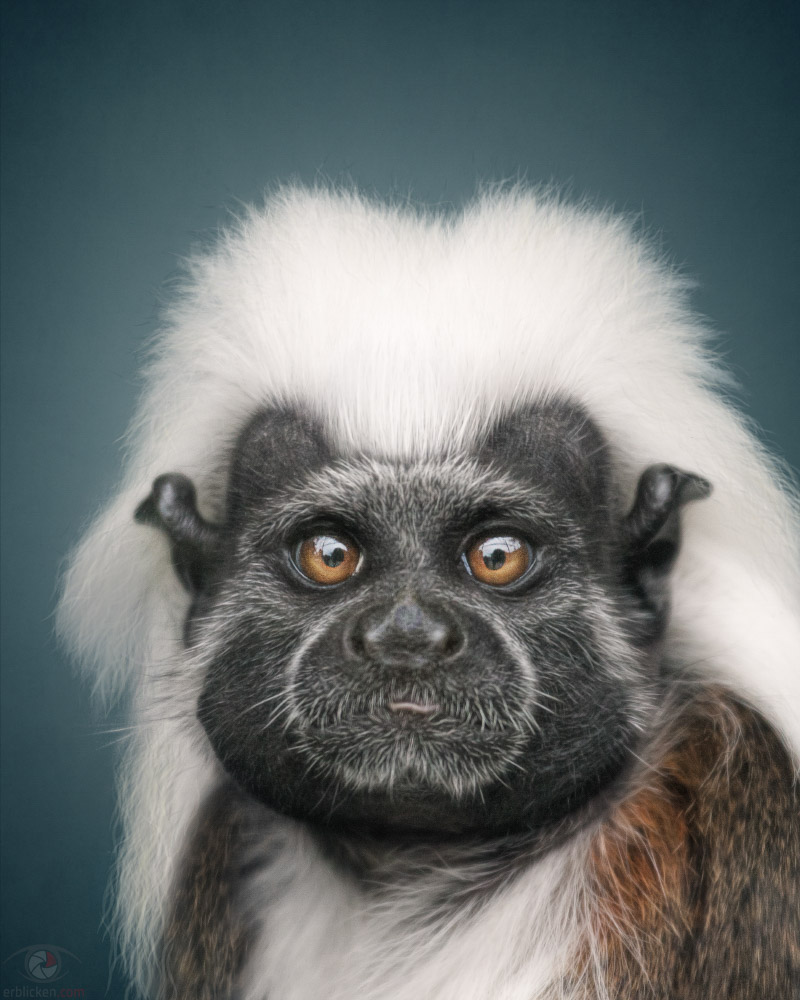 The cotton-top tamarin (Saguinus oedipus) has been baptised with this name due to its eye-catching crest of long white hairs from its forehead to its nape, which falls over its shoulders. The bottom part of the body is white, while the back and tail are orangey.

They occupy the rainforests located at the foot of the Andes in northwest Colombia. They live in small family groups that defend their territory and feed primarily on fruits, insects and small vertebrates.

This species is critically endangered due to the destruction of the forests where they live.