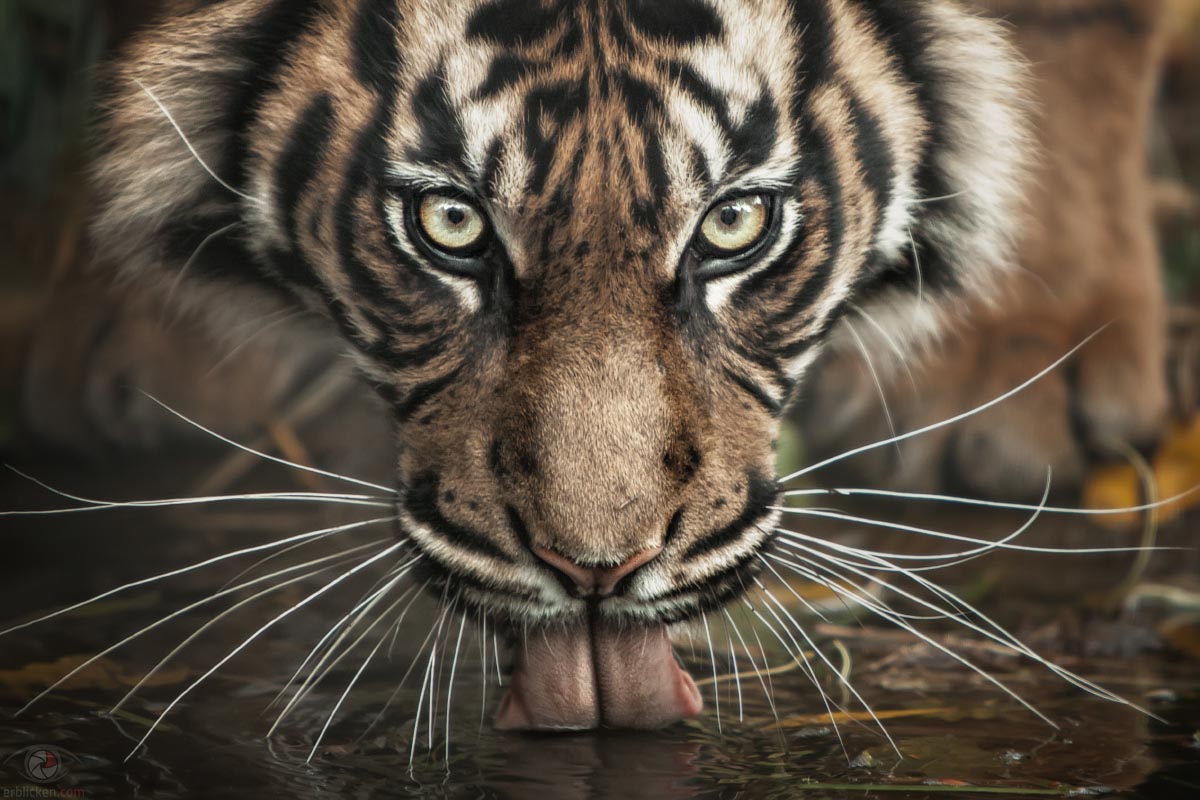 An animal’s eyes have the power to speak a great language…
…and now, run ;o)!

It is estimated that only between 500-600 Sumatran tigers remain in the wild, and the actual number may be as low as 400. And their population is dwindling rapidly.

A 1978 a tiger census reported around 1,000 Sumatran tigers still in the wild. This means over the last 25 years, the population of Sumatran tigers has been cut in half.

The Sumatran tiger is considered to be a critically endangered species.