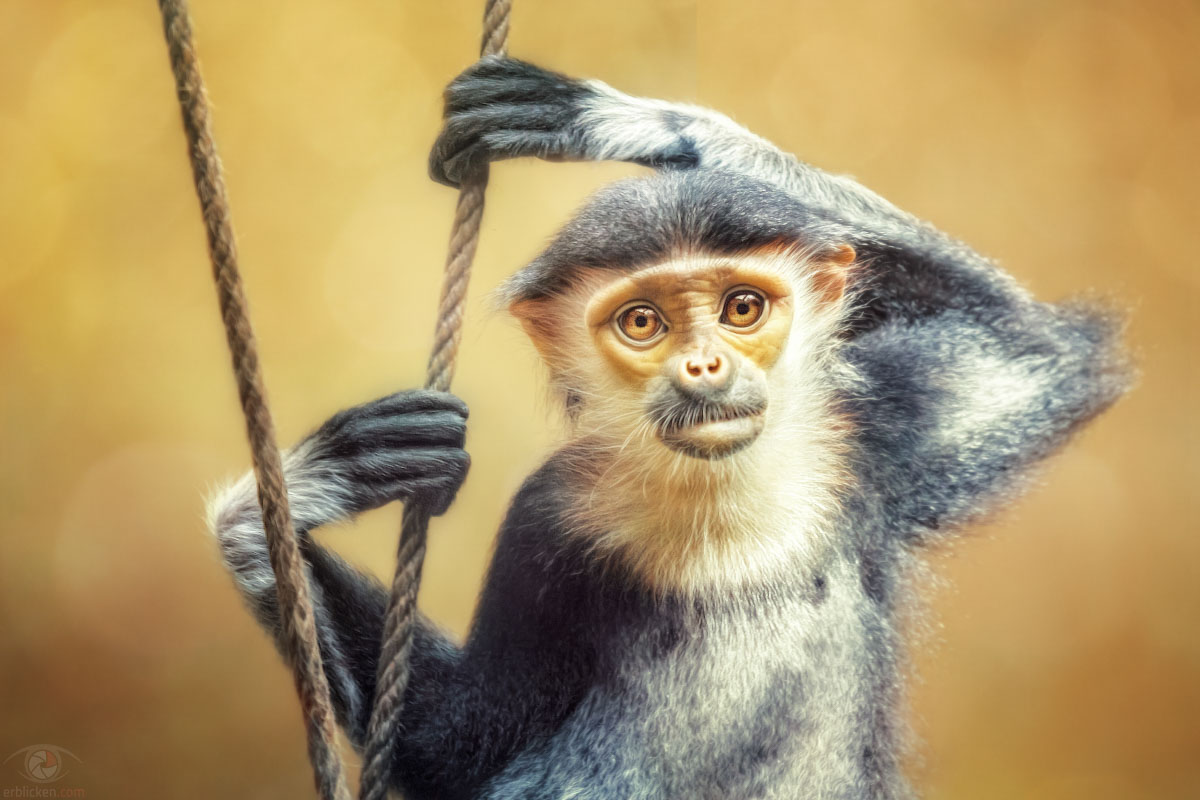 This small, charming fellow Hi Vong (his name stands for the Vietnamese word „hope“) – was born 5 March 2007 in Cologne Zoo. The red-shanked douc got this penetratingly wise stare. I’m convinced they are wise-futuristic-space-aliens – not really; well; maybe ;o)?

The doucs consist of three species of the genus Pygathrix. They are Southeast Asian Old World monkeys and all of them look incredible. The three douc species are as follows: red-shanked, black-shanked and gray-shanked, they are all magnificent.

The douc langurs are be sensitive souls, one douc who lost his partner was recorded “mournfully howling” for several days.

Unfortunately humans use the creatures for food and for traditional medicine (e.g. “monkey balm”). They also make good cash on the black market as pets.

Douc langurs live in Cambodia, Vietnam and Laos and thanks to loss of habitat through cultivation and logging they’re struggling to get by these days. Vietnam has lost 80 % of its historic forest cover already. Across the three countries the douc langurs population is estimated to have dropped by 50 – 80 % over the last 30 years. The red-shanked douc is classified as Endangered (EN) on the IUCN Red List, and listed on Appendix I of CITES :o(.