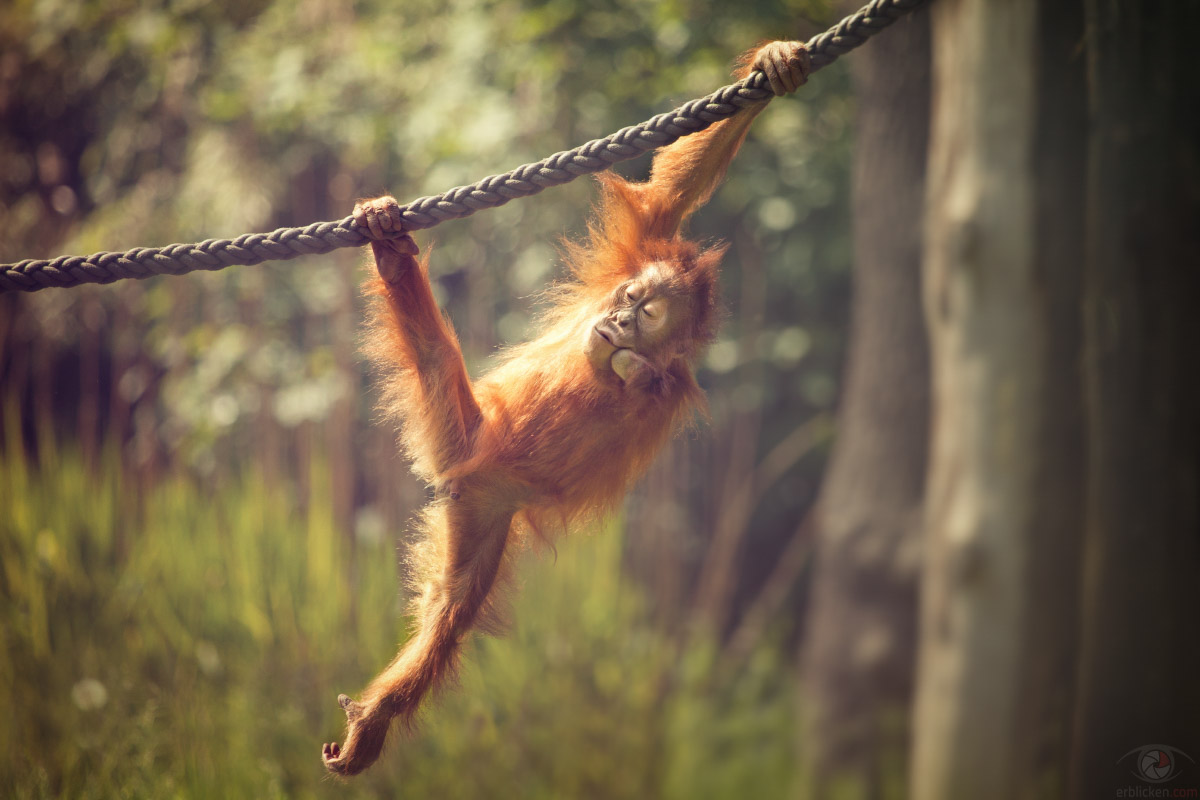 Orangutan-Baby Yenko was born in Hannover Zoo, 9 june 2013. His mother Miri died during surgery in april 2014. Toba, an adoption mother was found at Dortmund Zoo. Toba lost her baby in that time, so when Yenko and Toba met at first time, Toba adopted him at that moment. Now they are mother and child :o).

Although Toba and Yenko were in a separate enclosure, the male orangutan Walter seized Yenko and pulled his arm trough the netting and bit his arm of. It looks horrible, but already, he learnt to live only with one arm. Yenko is even so cheerful and happy. He is climbing and playing with the other orang-utans. It was so amazing to see this little fighter. Yenko stole our hearts :o).