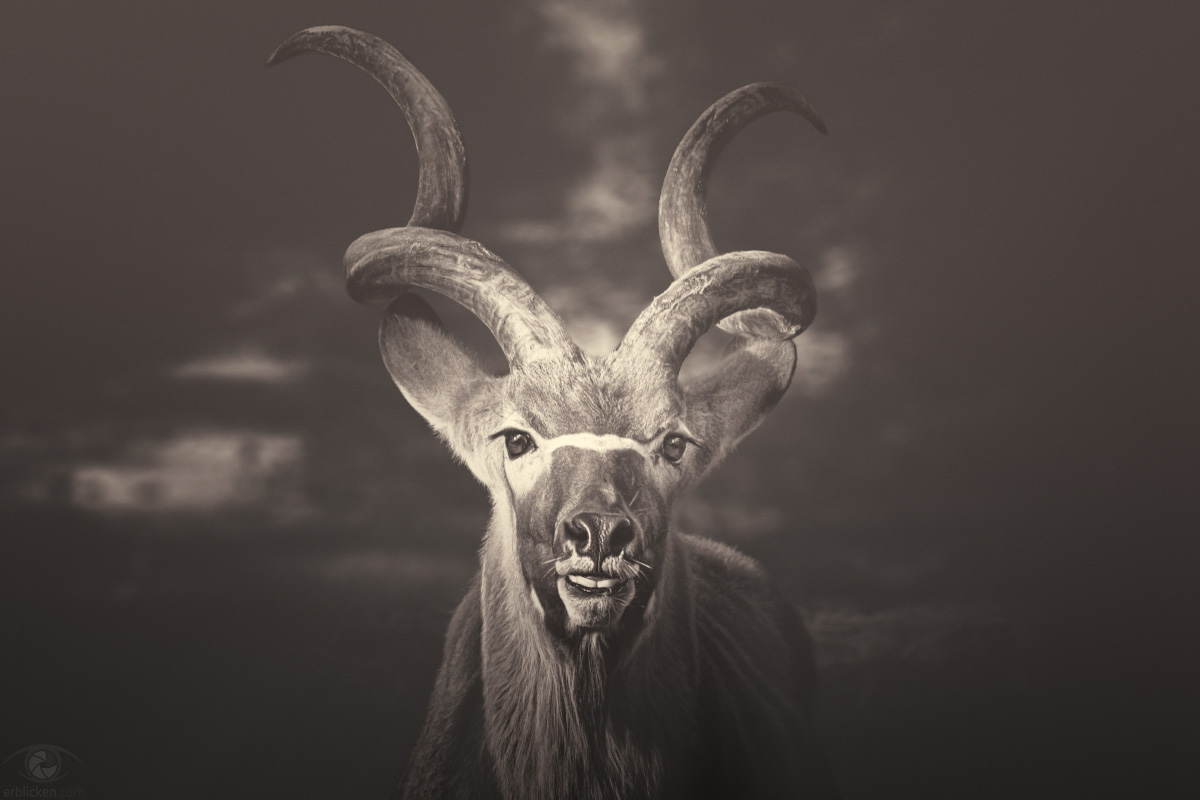 Keep smiling, because life is a beautiful thing and there’s so much to smile about :o)!

Facts: The greater Kudu (Tragelaphus strepsiceros) is considered to be the most handsome of the tragelaphine antelopes. They are the second largest Antelope in the world.

Kudu numbers are affected by humans hunting them for their meat, hides, and horns. Kudu horns have long been prized in Africa for use as musical instruments, honey containers, and symbolic ritual objects. Already vulnerable to a number of natural predators, the kudu now faces loss of habitat due to habitat destruction and poaching.