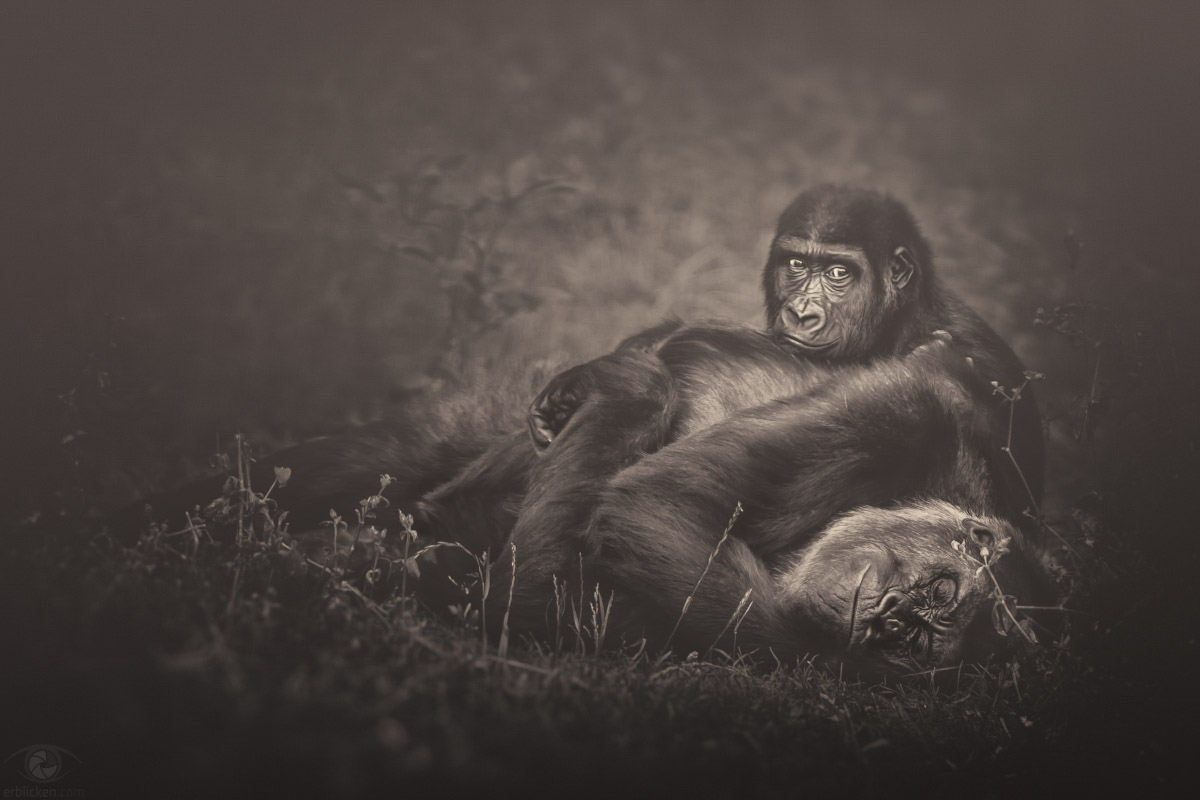 No thought, no mind, no choice — just being silent, rooted in yourself (Osho)!

Facts: Gorillas (Gorilla) are charismatic, intelligent, and in danger. Gorillas display many human-like behaviors and emotions, such as laughter and sadness. They even make their own tools to help them survive in the forest. In fact, gorillas share 98.3% of their genetic code with humans, making them our closest cousins after chimpanzees and bonobos.

To find out more: http://www.koko.org/ (The Gorilla Foundation)