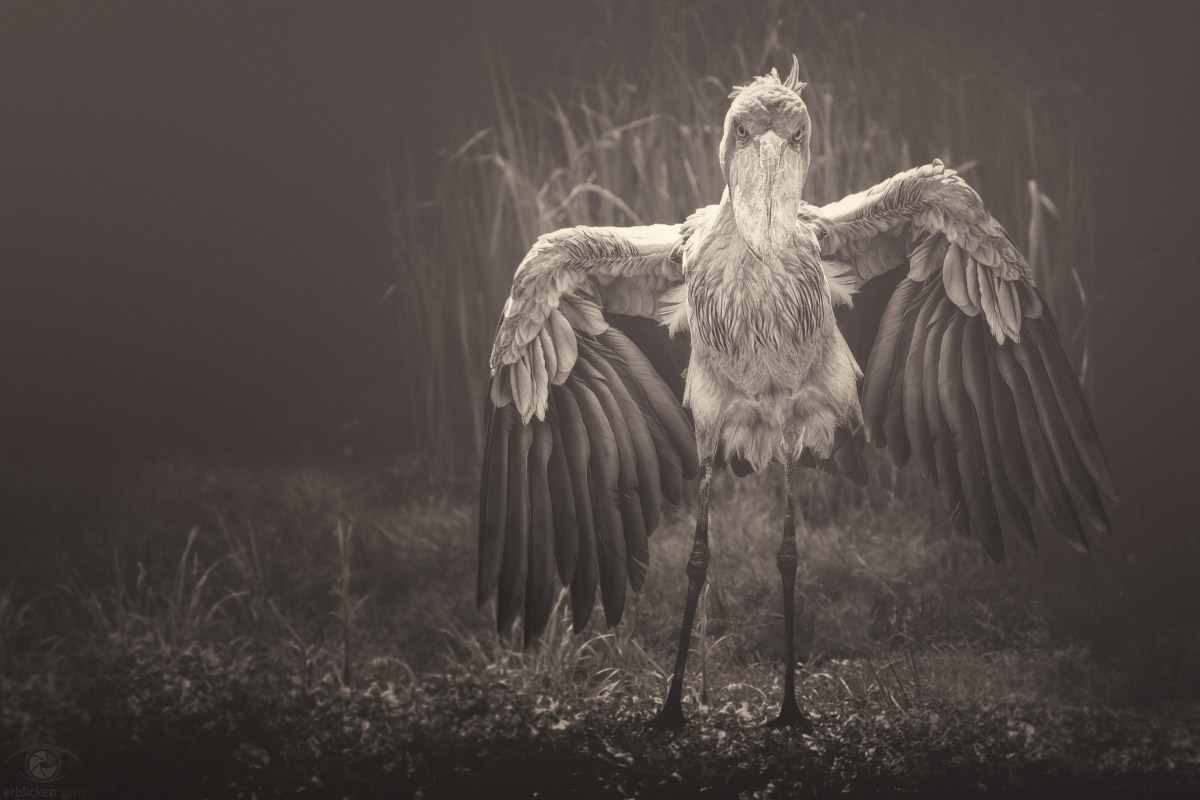 If I have ever seen magic, it has been in Africa (John Hemingway)!

The shoebill (Balaeniceps rex) is one of the most sought after bird in Africa. A most amazing bird with prehistoric looks – its height of up to 150 centimeters (5 feet) and weighs up to 14 pounds – a most amazing bird found in the pearl of Africa – Uganda. The Arabs used to call the Shoebill Stork – “Abu Maruk” meaning father of the shoe – one could call the Shoebill Stork a flying shoe because of his unique bill. Amazingly this prehistoric looking bird can live for 50 some years.

The population of the shoebills is estimated at between 5,000 and 8,000 individuals, the majority of which live in swamps in Sudan, Uganda, eastern Democratic Republic of the Congo, and Zambia. BirdLife International has classified it as Vulnerable with the main threats being habitat destruction, disturbance and hunting.