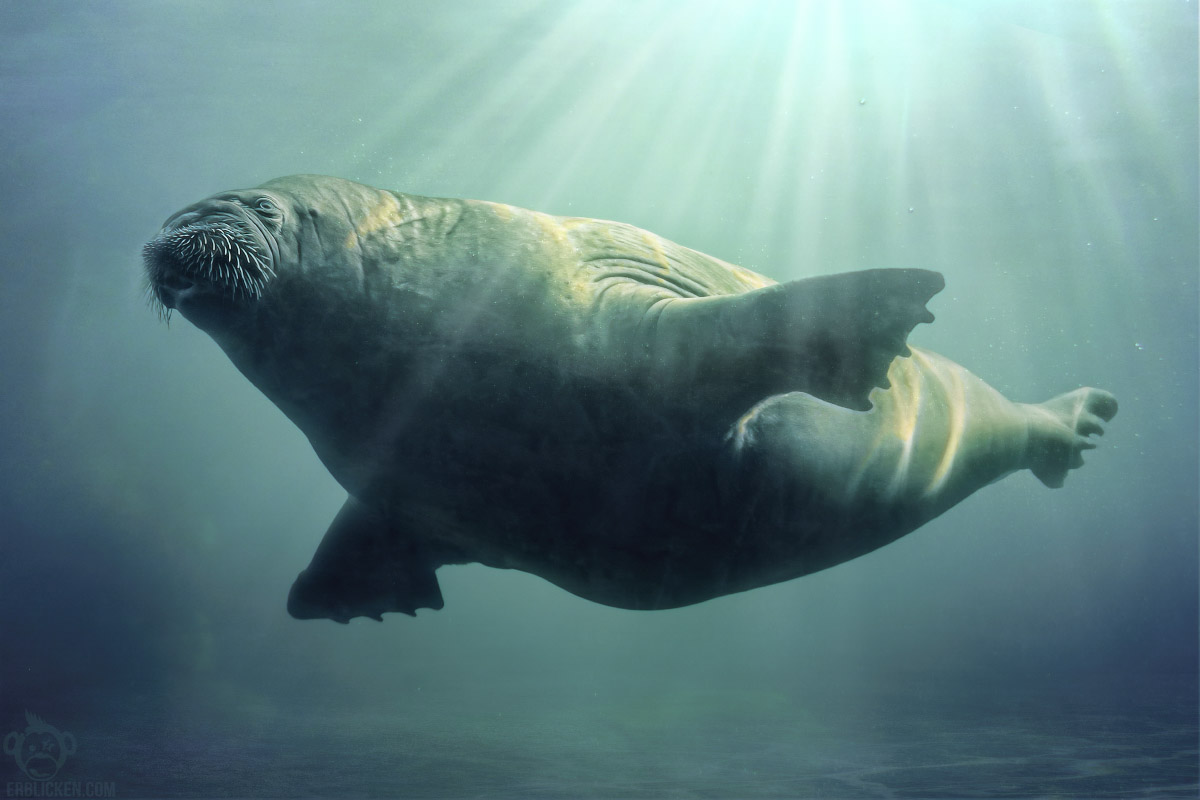 Accept yourself the way you are, and it will be much easier to accept others the way they are!

Light as a feather is Walrus (Odobenus rosmarus divergens) Neseyka in the water :o) (Hagenbeck Zoo).

Walruses are social creatures, and are considered to be a keystone species in the Arctic marine regions. Built for the extreme conditions of the Arctic, walruses spend about two-thirds of their lives in frigid waters, and the other third on land.

Strong and graceful swimmers, walruses can dive down to 100 meters to root out krill, clams, and mussels from the ocean floor. Generally, they forage underwater for 2 to 10 minutes at a time, before hauling out on ice or land to rest. To sustain themselves, these hefty mammals need a lot of food. Males can consume more than 100 pounds per day.

Pacific walruses are one of two subspecies of walrus, and probably number about 200,000 individuals worldwide, although no survey has ever provided a reliable estimate. The population dropped rapidly during the 19th and early 20th century as they were widely hunted for their ivory tusks and fatty meat. Following hunting bans their numbers rebounded. As climate change accelerates in the Arctic, their wellbeing depends on cross-cultural collaborations between conservationists, industry, indigenous peoples that rely on them, and international governments working to conserve our oceans.