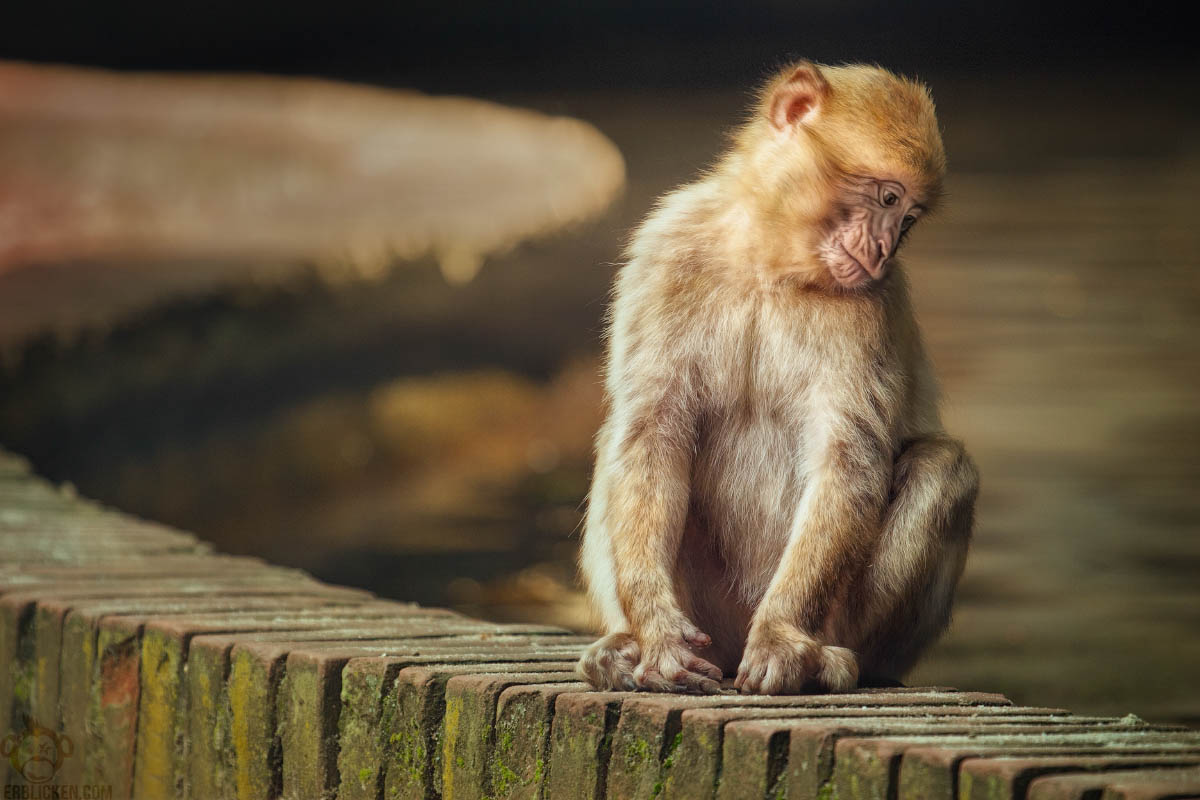 The Barbary macaque (Macaca sylvanus), also known as the Barbary ape, was once widespread throughout North Africa but now it is only found in small areas of forest and scrub in Morocco and Algeria. It can also be found in the Rif mountains of northern Morocco and the Middle and High Atlas mountains of central and southern Morocco. There is also an introduced population of Barbary macaques on Gibraltar. This dreamy being we photographed in Ouwehands Dierenpark Rhenen :o).

Barbary macaques are facing many threats in the wild. Habitat loss due to intensive logging and land-clearing for farming puts a great deal of pressure on the fragmented populations of macaques that are left. Overgrazing by livestock further degrades the macaques’ habitat, and this is made worse by drought. Human persecution and predation by feral dogs are yet more threats to this species. Because of these threats and the resulting decline in population numbers, the Barbary macaque has been listed by the International Union for Conservation of Nature (IUCN) as an Endangered species. This means that Barbary macaques are facing a very high risk of extinction in the wild.