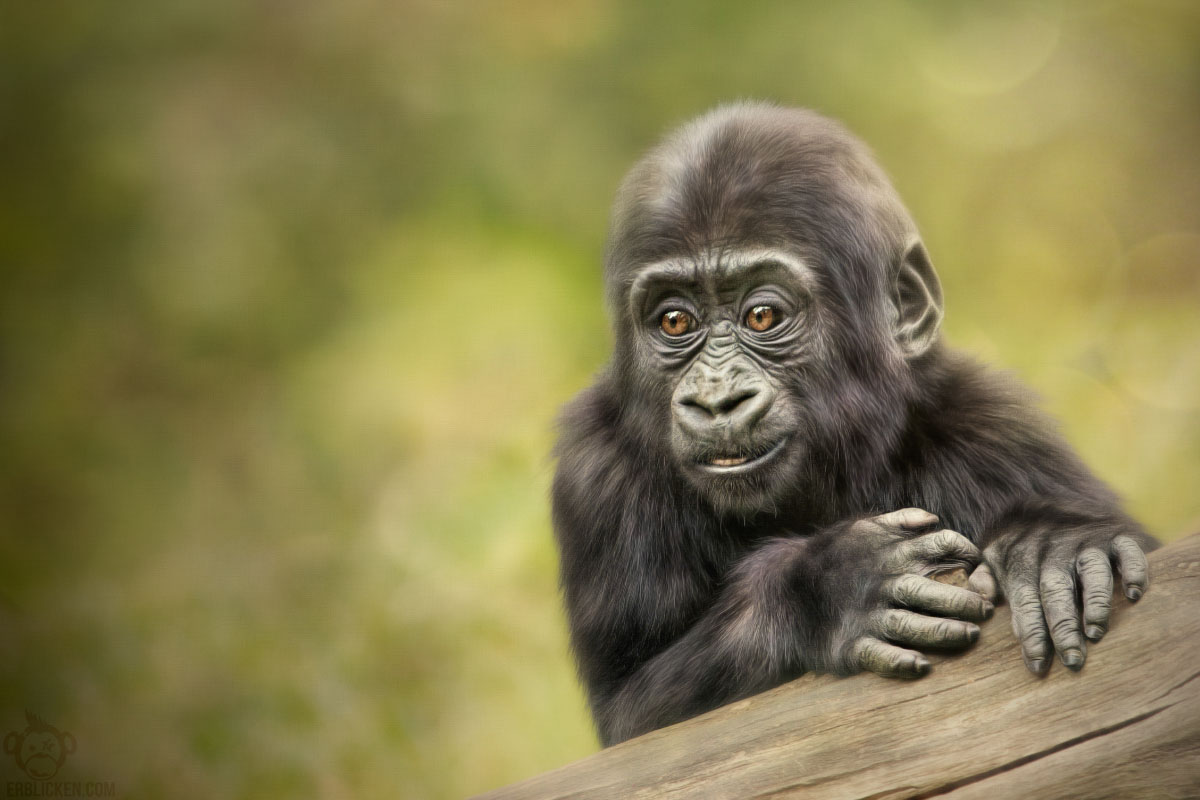 We must teach our children to dream with their eyes open (Harry Edwards).

The enchanting Jamila was born Januar 11, 2012 at the Duisburg Zoo. The mother is 17-year-old Vizuri and the father is the 16-year-old silverback gorilla Mapema.

Aside from the usual predators such as leopards and crocodiles, gorillas are also negatively affected by human activities. Habitat loss in the Democratic Republic of Congo is attributed to the mining of coltan, a metallic ore, which, when refined, is used to make components for electronic devices such as cell phones and computers. Other impacts by humans such as illegal poaching for the bushmeat trade, transmitted human disease, including Ebola hemorrhagic fever, and political unrest, are all contributing factors to the population decline of western lowland gorillas  (Gorilla gorilla gorilla). The IUCN lists the subspecies as critically endangered.