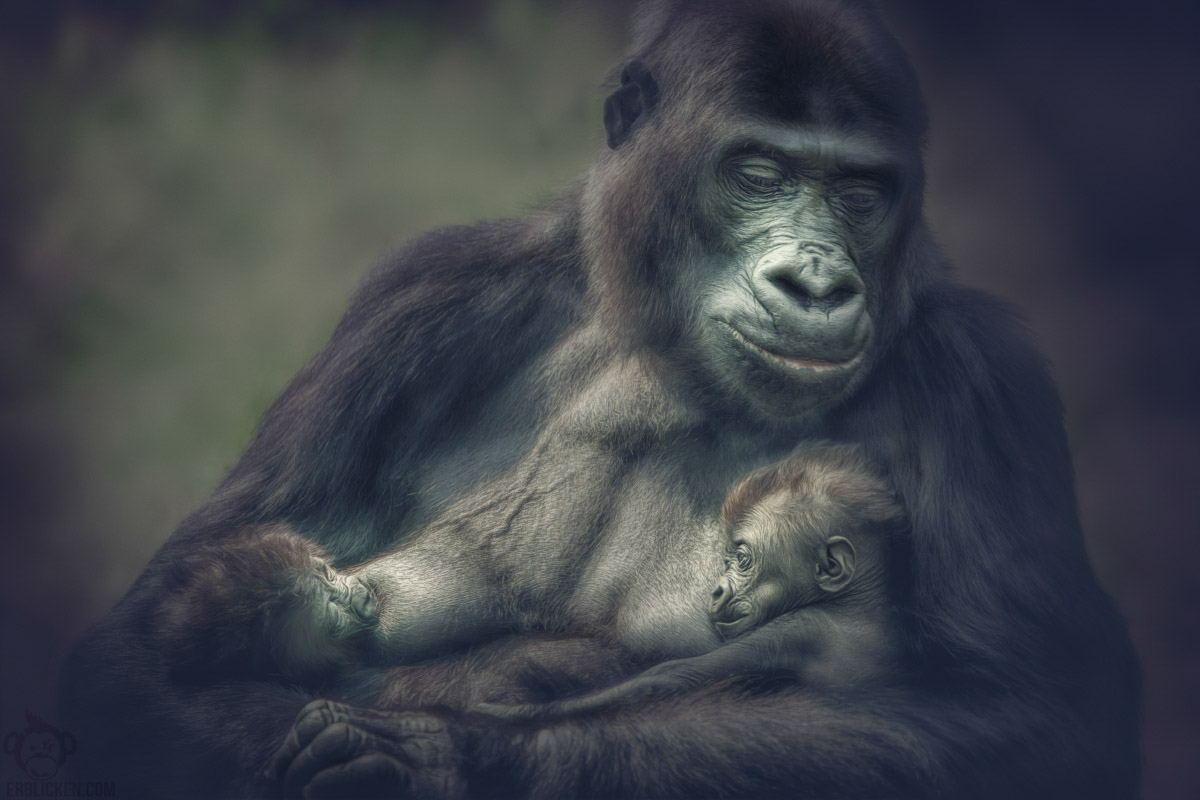 When we are most vulnerable there’s only one thing we need: love!

It was known that the 20-year-old female gorilla was pregnant, but not that she was expecting two baby gorillas. A twin birth from gorillas is only occurs about once or twice every ten years in zoos. Gorillas usually get only one young at a time. Twin births are for them rarer than in humans. Mother and babies are doing well. Mother N’Gayla literally has her hands full with her ​​little ones.