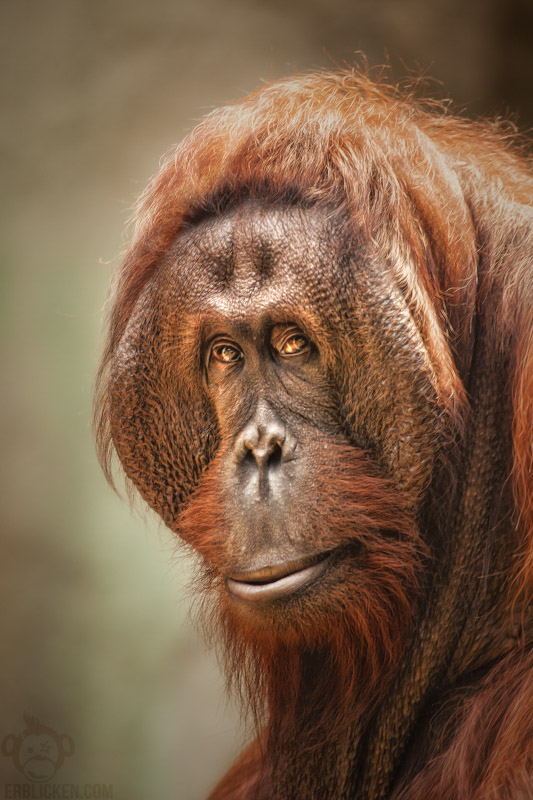 Borneo Orangutan Ejde (Pongo pygmaeus – * 30.07.1980 in Zoo Aalborg) since 19.08.1993 in Rostock Zoo. Edje is at peace with himself.Edje maintains a loving partnership with Sunda. Both Edje and Sunda accepted the new environment in the DARWINEUM very well. Since he spends a lot of time cooing with his long-term partner, nothing should be in the way of a sibling for his first son Sabas :o).

The Sumatran Orangutan is critically endangered and the Bornean Orangutan is endangered according to the IUCN Red List of mammals, and both are listed on Appendix I of CITES.The Bornean orangutan population declined by 50% in the past 60 years. Its range has become patchy throughout Borneo, being largely extirpated form various parts of the island, including the southeast :o(.